There are many scenarios that are just no adding up in the way the Coronavirus is being presented to the public. This is starting with Event 201: The Pandemic Exercise 2019 with Bill Gates. … END_OF_DOCUMENT_TOKEN_TO_BE_REPLACED

Labor Day Weekend Las Vegas Airport conducted a quiet roll out of the newest TSA Technology with United Airlines and LAS Airport being the launch customer for North America. It is being touted in the media as “Innovation Check Point” which will utilize a new modernized version of the previous body scanners. EU’s 27 member nations, the prohibition is necessary “in order not to risk jeopardizing citizens’ health and safety.”X-ray body scanners, which use “backscatter” ionized radiation technology, emit enough radiation to theoretically damage DNA and cause cancer. … END_OF_DOCUMENT_TOKEN_TO_BE_REPLACED

Phone signals are still posing a crash threat to some Boeing 737 and 777 aircraft models. Airlines that currently operate aircraft that require corrective action include American Airlines, United and Ryanair.Today, potentially hundreds of planes worldwide are still flying with the unsafe systems cited in the FAA report … END_OF_DOCUMENT_TOKEN_TO_BE_REPLACED

Modern day’s aviation Fly by Wire is today’s newest battle of Man versus Machine. “The captain of Qantas Flight 72 has opened up for the first time about the day the automation of a plane he was in charge of ‘went psycho’ and repeatedly nose-dived towards the Indian Ocean. More than 100 people were injured when the pilots of the flight, carrying 303 passengers and 12 crew members from Singapore to Perth, lost control of the aircraft on October 7, 2008. … END_OF_DOCUMENT_TOKEN_TO_BE_REPLACED

COMAC C919: China alone will need around 9,000 new airplanes in the next 20 years and most of them will be single-aisle. China will be able to exploit this opportunity to establish the C919 as an Asian-built airplane that will be supported by the world’s largest domestic airline market. The conservatism of its design will be seen as a virtue if it proves to be competitive and reliable. … END_OF_DOCUMENT_TOKEN_TO_BE_REPLACED 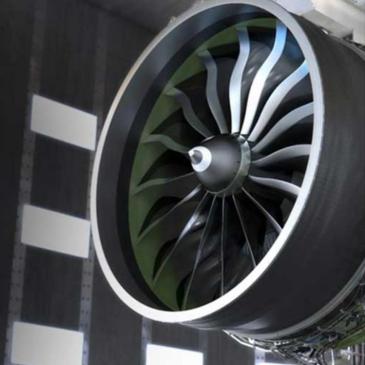 The GE9X is set to be the biggest jet engine in history. It’s wider than the fuselage of a Boeing 737, or as GE puts it, it’s “so large that Shaquille O’Neal would fit inside it with Kobe Bryant sitting on his shoulders.” The GE9X features the largest fan ever produced, a full 11 feet in diameter. It’s also the quietest, most fuel-efficient, the lowest-emission jet engine from General Electric ever. It will deliver 10% less fuel burn than current models, and a 5% cut in fuel use vs. any twin-aisle engine. … END_OF_DOCUMENT_TOKEN_TO_BE_REPLACED

Nearly half will not a buy a ticket or accept this aircraft for travel until at least 6 months of it being returned to flying with a proven track record of no new fatalities. Therefore, if airlines insist on bringing it back into service then they need to be prepared for half of a year with financial losses in order to do so. American Travelers are not warming up to getting back onboard. The team’s data show that 41% of Americans would only choose to fly on the 737 Max after six months of safe operation. … END_OF_DOCUMENT_TOKEN_TO_BE_REPLACED

Chemtrails contain a mix of toxic chemicals and poisonous compounds such as barium salts, aluminum oxide, strontium, mercury among many others, which eventually end up falling to Earth.  The chemtrail mix of toxins inevitably leaves its residues on farm fields and forests, lakes and ponds, and lawns and gardens. Geoengineering has proven — unequivocally — to be extremely detrimental to both human health and the greater planetary environment. Pilots are told to fly specific routes, while satellites control aerosol dispersal patterns.
… END_OF_DOCUMENT_TOKEN_TO_BE_REPLACED

Boeing will now be rolling out a new one-man cockpit aircraft tentatively to be called the (NMA) Boeing 797. The second pilot will be a ground-based computer automated First Officer Pilot that will be in charge of several similar type aircraft. … END_OF_DOCUMENT_TOKEN_TO_BE_REPLACED

This aircraft was designed to crash due to its intentionally defective aerodynamic design with oversized and incorrectly placed engines which do not fit this aircraft. Airline management knows this and could care less. Management only concern is the bottom line and their investment in these purchased Flying Metal Death Traps. Consumer confidence is not … END_OF_DOCUMENT_TOKEN_TO_BE_REPLACED