Ever heard of Aluminum Toxicity? If not, it’s high time that you do. How do you feel about strontium and barium and who knows what other chemicals, in your body, without your permission or knowledge? THE BIRTH OF THE chemtrail program (the word “chemtrail” being a combination of chemical and contrail, and the word “contrail” a combination of condensation and trail) is generally pinpointed to a few-year window surrounding 1996. It was during that year when the U.S. Air Force was first accused of using military aircraft to “spray” American citizens with mysterious substances, evidenced by the unusual contrail patterns left in the sky.

As time has moved on we have seen this program morphed into many new and more sinister formats which have included the HAARP Weather Modification programs, to force aerial vaccinations,  Morgellons Nanotechnology as well as the intentional poisoning of the human and animal population, farmlands and bee pollinators. This is where it has begun up to where it currently remains with Operation Indigo SKYFOLD Phase II which we are now experiencing to this day.

“No matter what the stated reasons are given to those who fly the chemtrail jets, they are always told by their superiors that this ongoing and illegal atmosphere-altering program is being conducted in the interest of NATIONAL SECURITY.

You’ll notice that NATIONAL SECURITY appears crooked because the whole intention behind geoengineering is as dangerously misguided as it is deceptively false. The indiscriminate, wide-area and systematic spraying of toxic aerosols throughout the skies of the world couldn’t possibly have anything to do with ‘national security’.  Those that buy into such a ridiculous notion have obviously been either brainwashed or bribed into believing such an absurd and nonsensical agenda.

That’s precisely why this unprecedented exposé is so important.  Never before has anyone directly involved with the piloting of chemtrail airliners ever gone public.  Not only does “Blue Jay 1”, as he is known, go public, he completely blows the lid off of OPERATION INDIGO SKYFOLD.  This single act of identifying the name of what is perhaps the most destructive government program in recorded history is extremely critical.”

“Chemtrails contain a mix of toxic chemicals and poisonous compounds such as barium salts, aluminum oxide, strontium, mercury among many others, which eventually end up falling to Earth.  The chemtrail mix of toxins inevitably leaves its residues on farm fields and forests, lakes and ponds, and lawns and gardens.  How does one possibly stop the noxious chemicals from entering one’s home and automobiles, office building, and shopping malls?  Whoever wants a toxic chemtrail brew dropped on them every other day?!

Geoengineering has proven — unequivocally — to be extremely detrimental to both human health and the greater planetary environment. Pilots are told to fly specific routes, while satellites control aerosol dispersal patterns.  The pilots make course corrections from time to time and perform landings and takeoffs.  Pilot navigation and maintenance crews are rotated constantly and only spend about 18 months at one given base, to keep pilots and their families from making too many friends, and ending up with “loose lips”.  They also rotate between day and night flights, one base for daytime flights, and one for the night.  Each base covers a 250-mile zone, and each fleet (squadron) of planes covers three states or an even larger swath of ocean.”

“Planet Earth has been besieged by many and diverse scientific experiments over the past one hundred years. The quantum leap in applied science and technology has “precipitated” a literal explosion of top secret and highly classified operations conducted in the atmosphere, throughout the planetary surface, as well as deep within the Earth’s crust. However, none comes close to the degree of round-the-clock damage inflicted on the biosphere as the DARPA-sponsored program of geo-engineering.”

“The best way to test the aerosols is to wipe your car hood and windshield with a clean paper towel, after a dry period of heavy spraying. Then, test the towel for alpha and beta radiation. This is especially important in California, which has no natural radon sources upwind. By the way, the building at 7:30. is the International Criminal Court at The Hague, Netherlands. This is where the criminals behind these programs need to be taken, to be put on trial, while the world watches.” 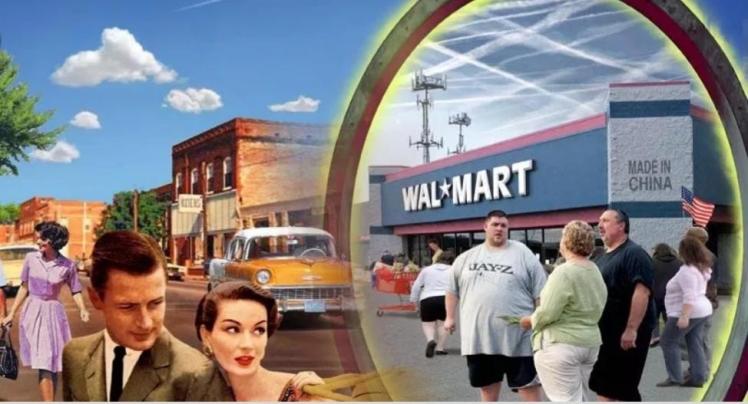 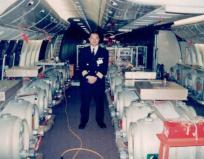 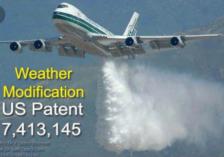 Chemtrail Sprayed in a Satanic Sinister Pentagram Pattern in our Skies

It is all right in front of our eyes and has been there since at least 1996. How much more will it take for each of us to finally rally our collective voices and speak out against this endless crime against humanity and mankind?

Link: Chemtrails State of the Nation

One thought on “Operation Indigo Skyfold”