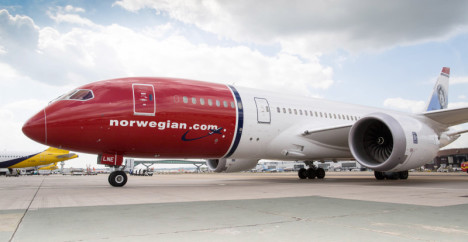 Norwegian Air was given final DOT approval for their flight certificate with a green light for further expansion of additional transatlantic flights throughout the United Sates on Friday, Dec 2, 2016. The was after a heated battle in congress due to opposition from American carriers over the airline utilizing a “Flag of Convenience.” This allows Norwegian Air to fly in and out of the U.S. from an off-shore registry based out of Ireland. Many of the Big Three US Legacy carriers and their union groups take issue that this registry was created and based out of Ireland to circumvent Norway’s stricter labor and tax laws. They are stating that this is being done to undercut fares charged by traditional full-service airlines that fly between Europe and the U.S.

The good news is that Norwegian Air offers an all Boeing B787 Dreamliner fleet which is the bleed free design that offers a toxin free clean air travel experience from the United States to Europe that other airlines do not have available. The low-cost structure makes international transatlantic travel affordable to Europe for the first time to many Americans which would otherwise not be possible. The airline is also creating jobs in America for US Based crews in Ft Lauderdale and New York with even further expansion as well as new job creation in the future. The downside is the concerns with US Legacy carriers and in particular their labor unions. They have substantially higher costs and overhead with union contracts and work rules. It makes it difficult for them to compete in this low-cost environment with the “Flag of Convenience” business model. It is their concern that the growth of operations like NAI will create new US jobs but at the cost of stability for current jobs with already established unionized full-service airlines based in America. We can only hope that some type of happy medium can be reached over time with this treaty agreement that will appease both sides of the debate. Hopefully, this will lead to America having a new low-cost travel option to Europe on clean bleed free aircraft. All while still not undermining the “social dimension” of labor standards for US legacy carriers in the marketplace. Norwegian Air just announced that it will be setting up new Flight Crew bases at Stewart International Airport in upstate New York and either Portsmouth International Airport in New Hampshire or T.F. Green Airport near Providence, Rhode Island in the months ahead.