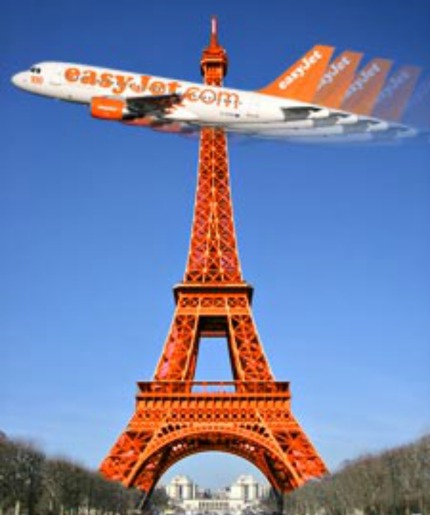 The airline pilots, the disease of the cockpits:

For the first time in France, a pilot removal complaint against his company. He believes that the air circulating in the aircraft would cause a “aérotoxique syndrome“.
Collectives of seafarers and passengers have given a name to their combat: The “aérotoxique syndrome”. (Sipa Press)

Can flying a plane be dangerous to your health? Monday, Eric B., Captain among EasyJet, will file a complaint against the airline for involuntary violations of physical integrity, endangering the lives of others and… deception on the quality of the air”. He is convinced to have been “poisoned due to small fire” in his cockpit. He is 53 years old, which makes him one of the most senior pilots at the low-cost airline that he has integrated into since February 2002. After the end of the year 2009, he began suffering from a number of disorders including (nausea, gastrointestinal, fatigue, hyperventilation, etc. ) which have led to a chain of neurological and mental judgment diseases. In 2012, his state of health has deteriorated, as well as its relations with his employer. The center of expertise of Aviation Medicine of Toulouse-Blagnac issued to him a “medical incapacity Temporary” in June 2015. The former Airbus Instructor then lost his license to fly and was later nailed to the ground, no longer allowed to fly. He now seeks an explanation to his health problems.

Eric B. discovered that other Pilots have symptoms that are strangely similar to its own and that since a dozen of years collectives of seafarers and passengers, supported by a network of doctors and researchers, are organized in the United Kingdom, Germany or Australia. They have given a name to their combat: The “aérotoxique syndrome”. This is very similar symptomatically to the farmers with the sheep dip pesticides. Seafarers and airline passengers would be contaminated by neurotoxic (organophosphates) that circulate in the ventilation system of the aircraft. In flight, the air sampled to the outside is in the compressors of front motors to be disseminated in the cabin. However, the oil of the engines contains toxic substances, such as phosphate of tricrésyle (TCP). In the case of leaks, in particular, due to a deterioration of the seals, the synthetic oil heated to a very high temperature to degrade and release of toxic substances. When these emissions of neurotoxic smoke vapors on board, the pilots were instructed to put on a mask, to land quickly and to change the mode of supply of air. However, sometimes, these fumes would be invisible and manifest themselves only by a smell of “SOCKS dirty or wet dog“.

There was a pilot death four years ago in 2012. The death of 43 years of Richard Westgate, a pilot from British Airways, constituted the first alert. His lawyers have produced an autopsy which concludes that “a degeneration of the Nervous System”. Due to these documents, Éric B. has the intention to open new litigation in France.

“There is no argument to say that there is a risk of chronic intoxication”
“everything that relates to the management of the air in aircraft cabins notes of standards which are laid down by the EASA and the FAA, the agencies European and US aviation. The air in the cab is renewed every two to three minutes. We know that some of the crew or passengers are skeptical of the quality of the air but no analysis in our possession does not allow you to highlight such problems”, explains to the JDD a spokesman of Airbus. Air France, the answer is also reassuring: “There is no argument to say that there is a risk of chronic intoxication. The measures carried out by the INERIS, independent body, in December 2015, have shown that the levels of concentration measured at the nominal operation of an aircraft, are zero or close to zero for the Volatile Organic Components.” Certainly. But it is precisely the situations “abnormal” which concerned the seafarers and airline passengers. According to the statistics of air transport, a flight on 2,000 would be affected by the suspicious fumes (smokes events). “These incidents are under-assessed, explains the driver of a large national company, and most of the time are the subject of no account. It really must be that the flight has been assigned for it to be listed.”

Thursday, the company doctor EasyJet must come and explain in front of the CHSCT in Roissy to answer the questions of the staff representatives, worried about the toxicity of the air.