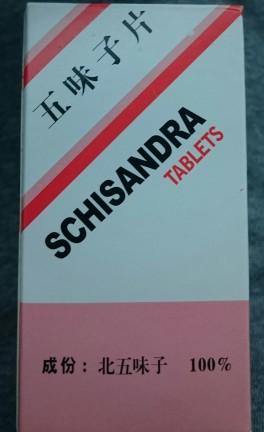 Ancient Oriental medicine has been treating people in China for centuries with natural Chinese herbs for nearly every possible health condition that exists today. Some of the top four are covered in this article:  Schisandraceae, Artemesinin, Bu Zhong Yi Qi Wan and Corydalis. Several of these herbs can be quite helpful with the treatment for those dealing with symptoms from Fume Events and Aerotoxic Syndrome conditions.

Schisandraceae, widely used in traditional Chinese medicine for 2,000 years, has shown promise in treating HIV/AIDS, according to a 20-year-long study led by the Kunming Institute of Botany of the Chinese Academy of Sciences. Among the drugs derived from natural compounds, the anti-malaria treatment qinghaosu, also known as artemisinin, is the most well-known among the Chinese. Pharmaceutical chemist Tu Youyou and her team screened over 2,000 TCM herbs and eventually discovered that artemisinin from sweet wormwood, an aromatic herb used widely in TCM, was an effective treatment for malarial fever. Artemisinin, a derivative of the wormwood plant commonly used in Chinese medicine, can kill off cancer cells and do it at a rate of 12,000 cancer cells for every healthy cell. The treatment became lost over time and has now been rediscovered thanks to an ancient manuscript containing medical remedies.

Artemisinin disruption of E2F1 transcription factor expression mediates the cell cycle arrest of human breast cancer cells and represents a critical transcriptional pathway by which artemisinin controls human reproductive cancer cell growth. Bu Zhong Yi Qi Wan can nourish the spleen and promote Qi due to the Qi deficiency. The central Qi provides the vital energy of the body including the internal organs and physical activities. When Qi is weak, the organs like stomach, uterus, and rectum fail to support themselves and the body loses the physical strength creating fatigue.

Corydalis, an ancient Chinese herb, has been used medicinally for hundreds of years. The roots of the plant contain a pain reliever known as dehydrocorybulbine. It does this by stimulating dopamine receptors. The Corydalis is a member of the poppy family, but unlike most opiates (which stimulate morphine receptors) Corydalis binds to dopamine receptors. Dopamine is a neurotransmitter that helps control the brain’s reward and pleasure centers, as well as emotional responses.This, essentially, is the pain relief you get. The chemical actions Corydalis plays in your body are to make your brain release dopamine, for feelings of euphoria and ease of muscles.