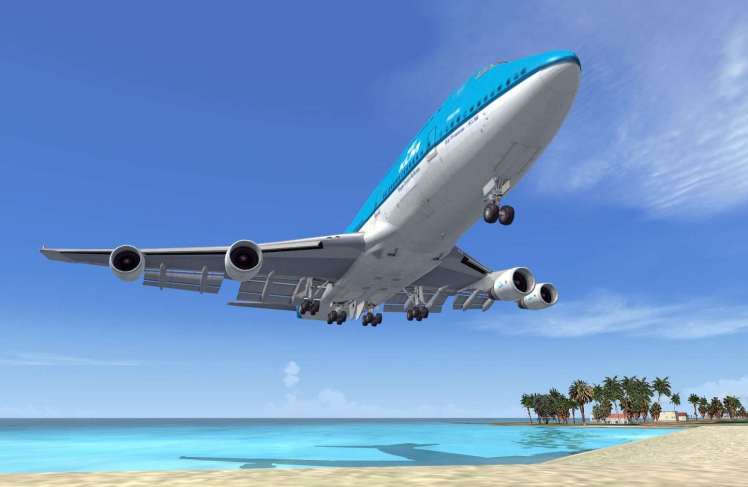 End of World’s Coolest Landing? KLM Will Stop Flying the 747 to St Maarten. The last 747 landing is on Oct 28th if you want to be part of aviation history.

For a while, KLM has been flying the 747 to St Maarten’s Princess Juliana Airport (SXM). The airport’s runway is known for its proximity to the beach, and is one of the most famous spot for plane watching. If you are on the beach, planes will literally fly right over your head before landing. It’s a sight to behold, and a double decker Boeing 747 with four engines just make it that much cooler.

Some have called this the “scariest landing,” and I think that might apply to both the pilots and the people on the beach!

But one of the world’s coolest landing might be getting (slightly) less cool, since KLM will no longer be flying the Boeing 747 to St Maarten airport. Starting October 30, the flight will be operated by an Airbus 330 instead. This means October 28 is the last day a KLM 747 will make its dramatic landing. You can follow the flight, KL 785, which is scheduled to arrive at St Maarten at 10:55 am (also 10:55 ET). You can watch planes arrive live via the Maho Beach cam.

Air France will still be flying the A340 (with four engines) on flight AF 498 to the airport, with a scheduled arrival time of 2 pm. There have also been chartered flights operated by the Boeing 747 flying to or from at the airport, so this isn’t a hard goodbye. Frankly, I think any landing that close to the beach will be absolutely dramatic and breathtaking to see. However, this will mark the end of a commercial, regularly scheduled 747 appearance at the airport!

October 28 will be the last scheduled flight operated with a 747 – and hundreds of people are expected to gather on the famous beach to watch it land.

KLM confirmed that effective October 30 its eight-hour flights to and from the island – which is divided between the Netherlands and France – will use the more fuel-efficient Airbus A330 instead.

It marks the end of one era and the beginning of a new one.

Link:  Point me to the Plane Article