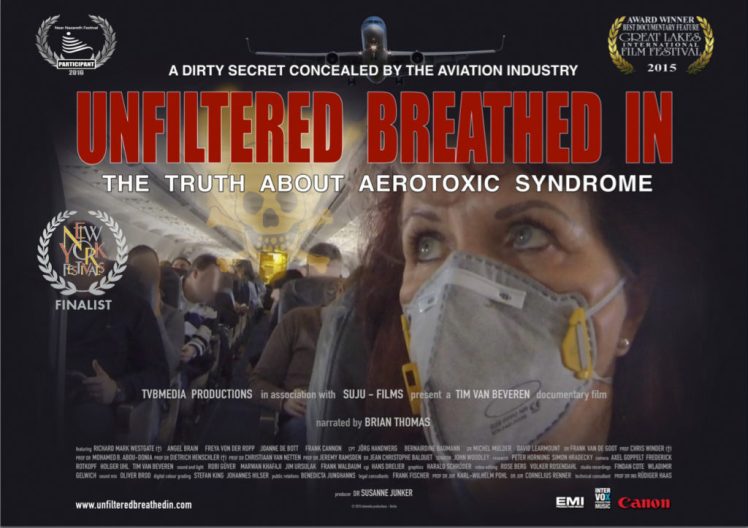 a film by Tim van Beveren

This film is the first full-length and independent investigative documentary film of its kind about the history and the impact of what has become known as the „Aerotoxic Syndrome“ over the past decades and which is termed by insiders as one of the aviation industry’s „dirty little secrets“.

Aviation journalist and award winning filmmaker Tim van Beveren from Berlin, Germany has closely followed for more than two year lasting investigation into the causes that led to the death of former British Airways pilot Richard M. Westgate who died in December 2012 in a hotel near Amsterdam at the age of just 43 years.

For 7 years Mr van Beveren has researched and authored numerous news media articles and TV reports on the issue of toxic engine oil fumes that are frequently released into the breathing air aboard modern jet planes. Most passengers are not aware that the air they breathe aboard their flight comes straight and unfiltered out of the jet engines and this air contains low levels of toxic compounds, similar to nerve agents such as Sarin.

Until very recently the aviation industry, regulators and politicians despite overwhelming scientific studies and evidence have been in a complete denial that such fumes may cause any harm to crews and passengers. But internal documents and industry studies, obtained by insiders and whistleblowers, reveal the opposite and that the problem of contaminated cabin air has become a growing concern for almost all airlines and all makes and models of aircraft.

This documentary puts this subject finally into the spotlight it deserves. Eyewitnesses and victims report first hand about the dramatic impact of toxic air they breathed on aircraft and how such events affected their health and changed their lives forever. While traveling and filming around the world Mr. van Beveren interviewed internationally renown scientists and experts who give astonishing testimony and detail the long-known damaging health effects which have been widely neglected so far.

A recent report released by an independent British Coroner investigating the circumstances of the deceased pilot Richard Westgate and that was addressed to the management of British Airways and its supervising Aviation Authority the UK CAA may introduce a dramatic change that will require industry and regulatory action to be initiated very soon.

The film is scheduled to be released upon the completion of the Coroner’s Inquest in the case of Mr Westgate. 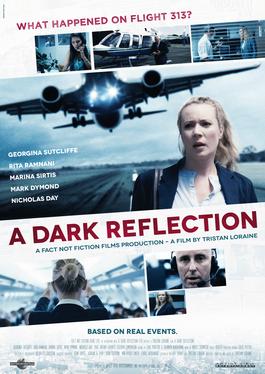 a film by Tristan Loraine

a 2015 British independent investigative thriller film directed and produced by former British Airways airline captain Tristan Loraine.[1] Billed as Erin Brockovich meets All the President’s Men and as a fact-based investigative thriller, the film is based on the director’s own experience as a commercial pilot.[2][3]

The film was made largely by volunteers with funding from unions, passenger groups and concerned aviation figures.[4] It is said to be based on actual events surrounding the issue of Aerotoxic Syndrome.[5][6] The film involves an air traffic controller who is suspended after a serious in-flight incident, and a series of cover-ups dating back decades.